Don’t Be A Disney Boss. 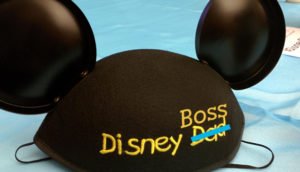 Maybe you have heard the term “Disney Dad,” which is known as a parent who indulges his or her child with gifts and good times   during visitation and leaves most or all disciplinary responsibilities to the other parent. Too many leaders act in similar fashion, acting like “Disney Bosses.”

A Disney Boss is a CEO/President who likes to make the annual big splash, where he/she invests a significant amount taking his

staff to an exclusive resort or giving away hundreds of thousands of money and prizes at the awards dinner, which definitely gets everyone’s attention in the moment. However for the other 51 weeks of the year, a Disney Boss focuses more on what’s wrong with his team’s performance, and barely provides any acknowledgement, leaving the rest of the management team to do damage control. Research and the vast majority of employees will tell you they would much rather more recognition from their leader than the trips and prizes.

“There is greatness inside of you, on the other side of your excuses.”

Mel Robbins, Award-Winning CNN Commentator, Best-Selling Author, and Motivational Powerhouse has discovered an incredibly powerful technique known as The 5 Second Rule: The moment you feel yourself hesitate (when you know you should do something) start counting backward 5…4…3…2…1…GO. The Rule is a proven form of metacognition. When you use it, you shift mental gears, interrupt your habit of overthinking and awaken your pre-frontal cortex – making change easy. The rule acts as a “starting ritual” that breaks bad habits and triggers positive new behavior change.

Mel Robbins is best known for delivering one of the most popular TED Talk’s in the world: “How To Stop Screwing Yourself 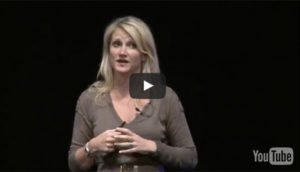 Her provocative and compelling views on leadership, courage and human potential have earned her international attention. She’s appeared as an expert on Oprah, Dr. Phil, Fox News, and Good Morning America. The DiJulius Group is beyond thrilled to announce that Mel Robbins will be keynoting at the 2017 Secret Service Summit October 26th & 27th in Cleveland, Ohio.