What Would It Mean If Your Organization Consistently Delivered An Exceptional Memorable Customer Experience?

Irrefutable evidence shows, companies that have the highest customer loyalty consistently outperform the rest of their industry 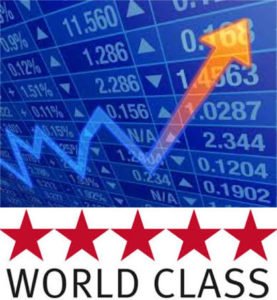 You don’t have to look very hard to find proof demonstrating the financial benefits that companies with high customer satisfaction have over everyone else in their industry. According to research from the University of Michigan, customer 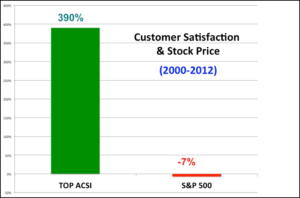 Price Does Not Create Loyalty

“Companies with highly satisfied customers generate superior returns because customer satisfaction is critical for repeat business, and that type of business is usually very profitable,” said ACSI founder, Claes Fornell. “That is, loyal customers tend to be highly profitable as long as their loyalty comes from their satisfaction and not because prices are low.” Let’s read that quote 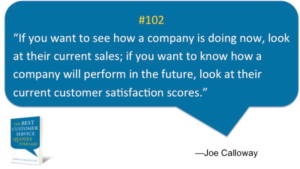 again. “Loyal customers tend to be highly profitable as long as their loyalty comes from their satisfaction and not because prices are low.”

Mad Money with Jim Cramer featured the “hospitality index”, demonstrating how the stocks of 17 companies who have mastered the art of hospitality compared with the rest of the market. The report looked at companies like Whole Foods, Amazon, Costco, Apple, Southwest, Nordstrom, and Bed Bath & Beyond. The results are incredible and irrefutable. From before the study started to its completion, the hospitality index outperformed the S&P by four times; the hospitality index gave you a 257% return to the S&P’s 65% return!

At least 10 students who had been accepted to Harvard University have already learned an important lesson about real-life consequences for online behavior. They had their offers of admission rescinded after the college learned of their inappropriate Facebook posts. Their posts ranged from racist, bigoted, sexually explicit, or violent. This is a critical lesson our kids and 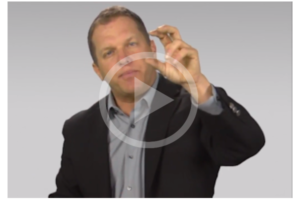 employees need to understand; how their online behavior can have long-term ramifications in their lives.