Currently, we are seeing a negative side effect to what many consider the over-digitalization of our everyday lives. Results from 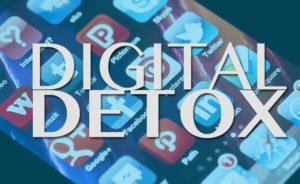 What is a digital detox?

A digital detox is switching off all mobiles, smartphones, tablets, laptops, and computers for a certain length of time. One case study featured in Fast Company titled What Really Happens To Your Brain And Body During A Digital Detox, showed after three days without technology, people began to make better eye contact, rather than downward into their screens. This better eye contact also appeared to encourage people to connect with one another more deeply. They were able to relax into conversations and seemed more empathetic toward one another.

Google Is A Conversation Killer

In a connected world; when a general trivia question comes up, people immediately Google the answer, ending that particular line of questioning. However, without Google, people keep talking as they look for an answer, which often results in creative storytelling. “These are the conversations that really form bonds between people,” Kate Unsworth, a leading expert in social change. “You gain insight into the way someone’s mind works, and it is not typically a conversation anyone has had before, so it is engaging and memorable.”

Even after a few days without technology, people were more likely to remember obscure details about one another, such as the names of distant relatives mentioned in passing. The neuroscientists believe that this is because people were more present in conversation, so their brains were able to process and store new information more easily. With the many distractions of technology, our brains have been trained not to register seemingly insignificant details, which is very important in the process of bonding and learning about other people.

One of the most powerful findings was that people tended to make significant changes to their lives when they were offline for a while. Some decided to make big changes in their career or relationships. The lack of constant distraction appeared to free people’s minds to contemplate more important issues in their lives, and it also made them believe they had the willpower to sustain a transformation.

One of the Most-Watched Ted Talks of All Time 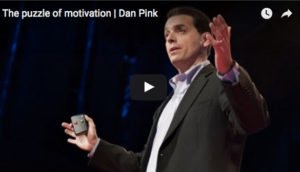 Daniel Pink’s The Puzzle Of Motivation is one of the most-watched TED Talks of all time. If you are not one of the 19 million people who have viewed it, it is a must for you and your leadership team.  Pink examines the puzzle of motivation, starting with a fact that social scientists know but most managers don’t: Traditional rewards aren’t always as effective as we think.

Daniel H. Pink, the #1 bestselling author of Drive and To Sell Is Human, has a new book coming out titled When: The Scientific Secrets of Perfect Timing, Pink shows that timing is really a science. How can we use the hidden patterns of the day to build the ideal schedule? Why do certain breaks dramatically improve student test scores? How can we turn a stumbling beginning into a fresh start? Why should we avoid going to the hospital in the afternoon? Why is singing in time with other people as good for you as exercise? And what is the ideal time to quit a job, switch careers, or get married?

Pink, author of three New York Times bestsellers, has been named one of the top 10 business thinkers in the world. He is also one of the most sought after speakers today. The DiJulius Group is beyond thrilled to announce that Daniel Pink will be keynoting at the 2017 Secret Service Summit October 26th & 27th in Cleveland, Ohio.