About a year ago I was contacted by the Charlotte Police Department (CMPD) about hiring The DiJulius Group to help them build a customer experience like Chick-fil-A. I asked, “Did you say the Charlotte Police Department?” They said yes. Shortly after that, I had my first call with Charlotte’s Police Chief Johnny Jennings. Chief Jennings asked me, “Have you ever worked in policing.” And I responded, “No sir, but maybe I can help you find someone that has.” The Chief immediately responded with, “We are not looking for someone who has any policing background. We are looking for someone that can bring the best from the private sector; you are our guy.” I was blown away.

Chief Jennings then proceeded to give me his vision for what he wanted for the Charlotte Police department. He wanted his 2,500 employees (officers and non-officers) to leave a positive impression on every interaction they had. I felt like I was talking to Howard Schultz before Starbucks was a reality. I was so inspired. Jennings said, “Can you help us do that?” I responded, “Absolutely!” He said, “It won’t be easy to do this in policing.” And I responded with, “Disrupting an industry never is.” 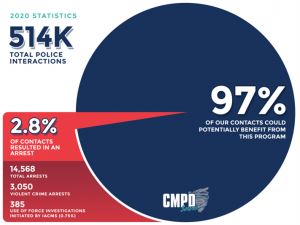 A common question is how a police officer can provide exceptional customer service when they have a gun pointed in their face or someone else’s life is in danger. When you break it down, 97% of police interactions with the public do not result in an arrest. Of the 2.8% that result in an arrest, 0.5% are violent crimes. In 2020, CMPD had 514,000 interactions and 500,000 of them were non-life threatening. That is where this work is focused on.

It has been such a privilege and honor to be part of CMPD revolutionizing policing. This past year has been such a transformational learning process for me. It has been an unbelievable journey to see what it is police do on a day-to-day basis. I have had the opportunity to interview several dozen CMPD employees from every department, conduct virtual and onsite workshops, and even experienced a ride-a-long that I will never forget.

My first takeaway is how good CMPD already is at what they do. That is consistent with the type of brands that hire The DiJulius Group. It is ones that are already best in class, such as The Ritz-Carlton, Starbucks, & Chick-fil-A. We never hear from companies like Spirit Airlines. The other thing CMPD has in common with those types of brands is they all looked outside their industries to disrupt their business model. Back when Southwest Airlines needed to improve the turnaround times of their planes, they didn’t look at the airline who was #1 at turnaround times; they studied NASCAR pit crews.

While The DiJulius Group has not worked in the policing industry before 2020, I did find a lot of similarities to the private sector. For instance, CMPD is a grudge buy. Typically, a grudge buy is something you do not want to experience, for example getting a flat tire or needing a tooth fixed. Very few people get excited when they must encounter someone from a police department. It is typically their worst moment and even the best of people are not in a great mental frame of mind or rational during these times.

The policing profession has an increased rate of empathy fatigue. Empathy fatigue usually occurs in industries that constantly deal with people who have high emotional pain, like funeral homes or hospitals. For instance, a nurse or doctor can go from one patient’s room, where the kids are saying their last goodbyes to their father, who is taking his last breath, to another patient’s room where the patient is freaking out over having a bruised rib.

Police go from having to inform parents of their child’s suicide to taking a police report from a businessman whose car got broken into and his iPad is missing. And he wants CSI called, fingerprints taken, and all resources dedicated to this crime.

I will admit that a lot of this were things I only saw in the movies, and I thought they were embellished. It is also why I am so excited about the work that has been created. This is not only going to transform policing in Charlotte, but also disrupt policing all over the United States as a model of experience excellence to everyone a police department may encounter.

Being world-class at customer service for the community the police serve still means enforcing the law. But it is also about being human first and a professional second. It is about seeing others as a human first, a suspect second. It is about demonstrating empathy and educating the person you are dealing with on every interaction. It is about leaving a positive impression and earning a genuine thank you as often as you can. 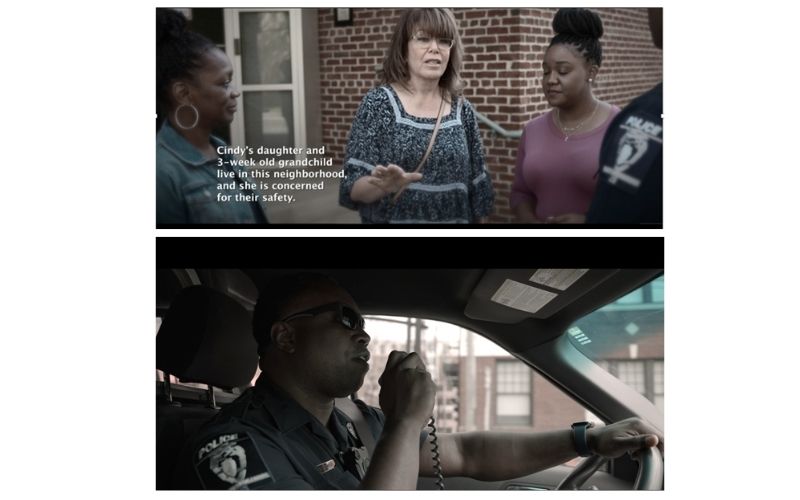 Just like other world-class customer service organizations, CMPD created a Customer Experience Action Statement and three pillars, which serve as a clear call to action for what each and every employee should intentionally achieve every time they interact with a customer. 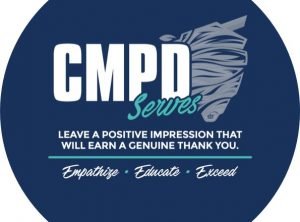 CMPD also created their Never & Always for their 2,500 employees to follow! 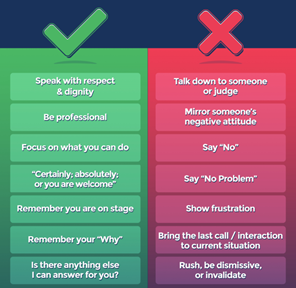 Chief Jennings is so committed to the long-term success of being world-class at customer service that he has sent one of his key leaders to our Customer Experience Executive Academy, a year-long program, training executives to become their organization’s CXO (Chief Experience Officer)! I guarantee you no police department in the US or world has that position.

This is one of the most rewarding consulting projects I have had in my 25-year career. What Chief Jennings and CMPD are doing is a total game changer for policing and the public stereotype. The ongoing commitment CMPD is making, will not only raise the bar for police departments, but businesses from other industries will want to replicate what is happening in Charlotte.

CMPD’s approach to revolutionizing policing has caused quite a media storm by numerous national news outlets:

Have you ever dreamed of owning your own business and making a significant impact? Maybe it is time you become a licensed Customer Experience Coach—register for July’s Coach Camp, July 26-29, 2021.

In July, The DiJulius Group is holding their third CX Coach Camp, training passionate CX (Customer Experience) Coaches. These entrepreneurs will be licensed to train businesses on the exact same methodology that has been used with the best customer service companies from all over the world to start their own six figure coaching business.